Just finished this on 12/23/07. Still in the post-partum depression phase, but el Guapo won't let me burn it, so I framed it instead. 32cmX29cm. I think. It's blurry and reflecty because I took the picture through the framing glass. 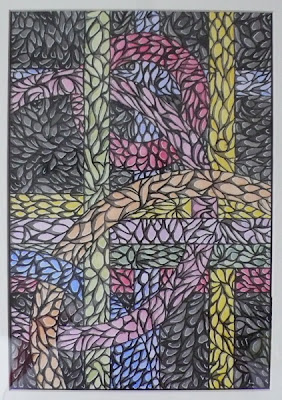 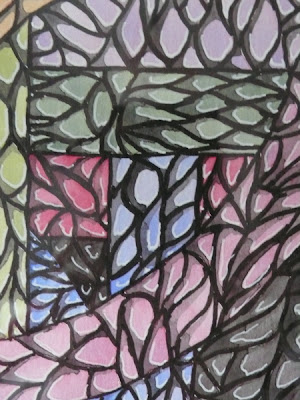 I've removed the link to Shelfari because it doesn't have most of the books I'm reading (they're in German, and apparently sometimes obscure, like the fat tome on Austrian renters' rights) but please don't worry: I am still reading. I'm just not giving away any clues.
Posted by Holly at 20:33 No comments: 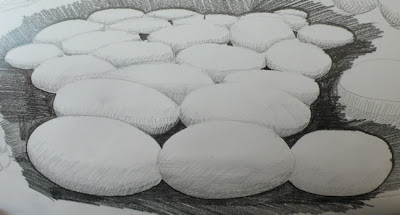 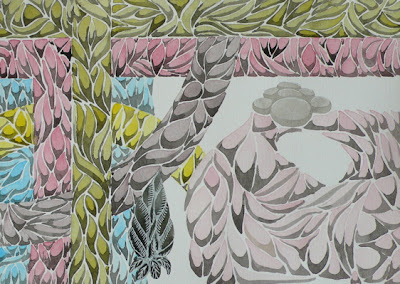 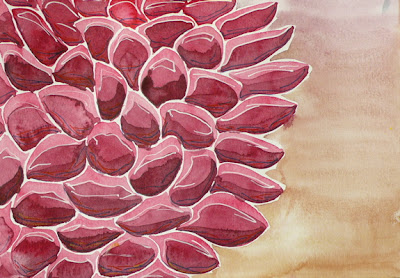 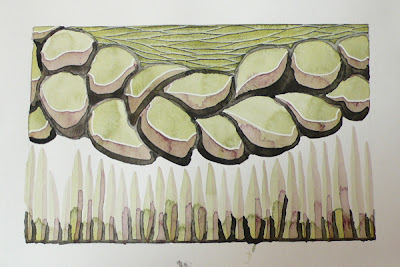 I'm pretty sure I don't personally know anyone as obsessed with this issue as I am, which is ironic because I actually don't get paid for anything I do creatively. When people take stuff I've posted to the internet and do whatever with it that they're going to do, it actually does NOT represent a concrete financial loss to me. Notice how that last sentence doesn't start with the word "If..."? I actually rather suspect that people like me may be a big part of the problem, but that's a conversation for another day.

However, I can appreciate why this is of vital interest to people who do get paid for what they do. There is a catch-22 at work here: In this time and place, the internet is the primary means of direct marketing. It allows the widest possible audience to see your work, in both a targeted and shotgun sense, and when creative folks pursue employment, there is a clear expectation that they have a website gallery, portfolio, or catalog. Putting images and/or text on the internet, and then actively preventing people finding it accidentally is actually surprisingly difficult.

Copyright law appears to be of only marginal interest to people who take for free, the work that other people have done, because it's difficult to enforce any of the body of existing laws in regard to things found on the internet. The moral of the story, as indeed the photographer in this Wired article has learned, is not to leave your stuff laying around on the internet. She has pulled all her public images into a private setting, and would be foolish to believe that's sufficient protection.

She admits some people react like she's a "crazy cat lady" when she stands up for her right to protect her works, an unpopular stance in certain online circles. The notion that anybody should be able to freely help themselves to her work boggles her mind, she says.

"If I want socialism in America, I want medical insurance first," Hartwell said. "I don't want people just taking my stuff and saying, 'We're going to redistribute this to the masses.'"

Apparently the "certain online circles" referred to above includes Wired readers; the reader comments on this article are predictably scathing. Somehow, it seems the photographer is unbelievably arrogant to believe that her own work is supposed to go on paying her bills, and unbelievably stupid to believe that other people should respect her authorial rights, and possibly even the law. The conception of the internet is the outlaw wild west of civilization is not without merit. One hopes that someday law and order will be brought by the new sheriff, but as with other frontier lands, the folks who live there now like it that way. I know from personal experience that creative folks generally can't not create, but when they can't afford to pay rent and eat, the quality and quantity of the work invariably goes down.

I believe that there is a movement toward handmade, individually crafted objects of all types, things you can see on the internet, perhaps, but only have in person. Customized computer and iPod cases, knitted things, and so on. This is probably a response to the extreme mass-manufactured-ness of modern life. However, if all those designs for the nice handmade things are being beach-combed off the internet, I predict there will come a point where the creators and designers discover that they don't feel like using their internet connection to upload someone else's livelihood.
Posted by Holly at 10:19 No comments: 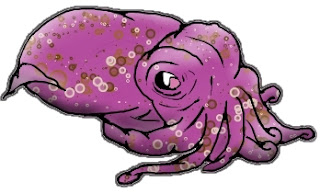 It's been a while since I posted, for reasons which aren't worth ennummerating. However,
I have made a very cute baby squid, so that pretty much makes up for the stall, right? I was thinking to making a nativity scene involving this guy, but I am not sure I can bear to stare at a nativity scene long enough to get the job done. 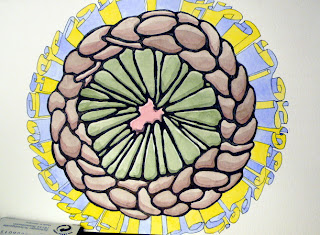 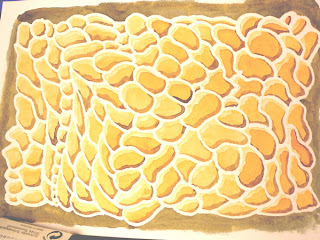 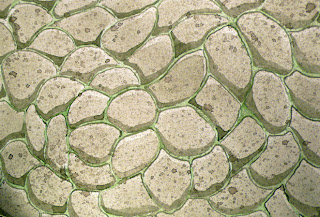 Another gap in the space-time continuum... window.jpg
Originally uploaded by oferchrissake
Or, a busted window space in a ruined castle. It's definitely one or the other.
Posted by Holly at 20:02 1 comment:

More Screwing Around With Form 113007.jpg
Originally uploaded by oferchrissake
One begins to wonder if my brain isn't in this space because I've been playing a lot of Super Paper Mario lately.
Posted by Holly at 10:13 No comments: